Xploro, a digital therapeutics platform developed in Manchester, and Triple Tread, a high-performance tricycle manufacturer from Congleton, were both winners in the final round of the European Institute of Technology’s (EIT) Health Headstart Awards.

Both organisations were among 13 winning start-ups from across the UK and Ireland after pitching their business ideas to an expert jury.

The awards of €50,000 are designed to help innovative health tech businesses overcome short-term hurdles and strengthen their business profile.

Both organisations have received support from the Academic Health Science Networks (AHSN).

Health Innovation Manchester, the AHSN for Greater Manchester and responsible for accelerating proven innovation into Greater Manchester’s health and social care services at pace, has supported Xploro’s access to the healthcare market in the region.

And Triple Tread has been supported in its competition entry by Health Innovation Manchester and the Innovation Agency, the AHSN for the North West Coast and a partner in EIT Health. 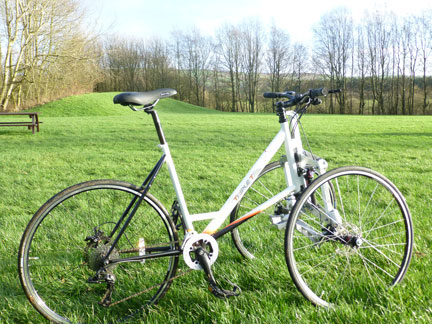 Xploro, which was a spin-out of Manchester-based digital innovation agency, Corporation Pop, is a digital therapeutics platform which uses augmented reality, gameplay, and artificial intelligence to deliver health information to young patients in a way that makes them feel engaged and informed while having fun at the same time.

Dom Raban, Xploro co-founder and chief executive, said: “This award will allow us to do something that we otherwise wouldn’t have been able to do at this stage of our development: it opens up a massive new global marketplace to us.

“We’re using the funding to develop a Spanish language version of the Xploro app, which is allowing us to engage with organisations not only in Spain, but also in the United States and other countries worldwide.”

He added: “Our relationship with Health Innovation Manchester goes back to the first funding we ever received for Xploro, a grant of £20,000 which enabled us to do early user need testing.

“It was fundamentally important to gaining larger funding opportunities, such as a grant of almost £500,000 through Innovate UK. We also engaged with the STEP INto Healthcare programme which helped us understand the health landscape in the UK.

“We’ll be launching Xploro to market in the autumn. We’re currently undertaking public trials at the Christie NHS Foundation Trust and Royal Manchester Children’s Hospital and we’ve already engaged with health organisations in Spain through EIT.”

This award will allow us to do something that we otherwise wouldn’t have been able to do at this stage of our development: it opens up a massive new global marketplace to us

Triple Tread is a patent-protected trike designed to motivate regular physical activity, promoting social interaction and positive wellbeing for older people and those unable to balance on a two-wheeled bicycle.

“The award will allow us to achieve our short-term development objectives, finalising our design and reducing our cost of goods before positioning for future investment or collaboration for manufacture and commercialisation.”

Daniel Zamora, commercial programme manager at Health Innovation Manchester, added: “We are delighted to see two innovative healthcare solutions secure support, which will help to strengthen their business and improve their future.

“Both Xploro and Triple Tread are products which could make a real difference to our citizens and we are excited to see them flourish in the heathcare system.”