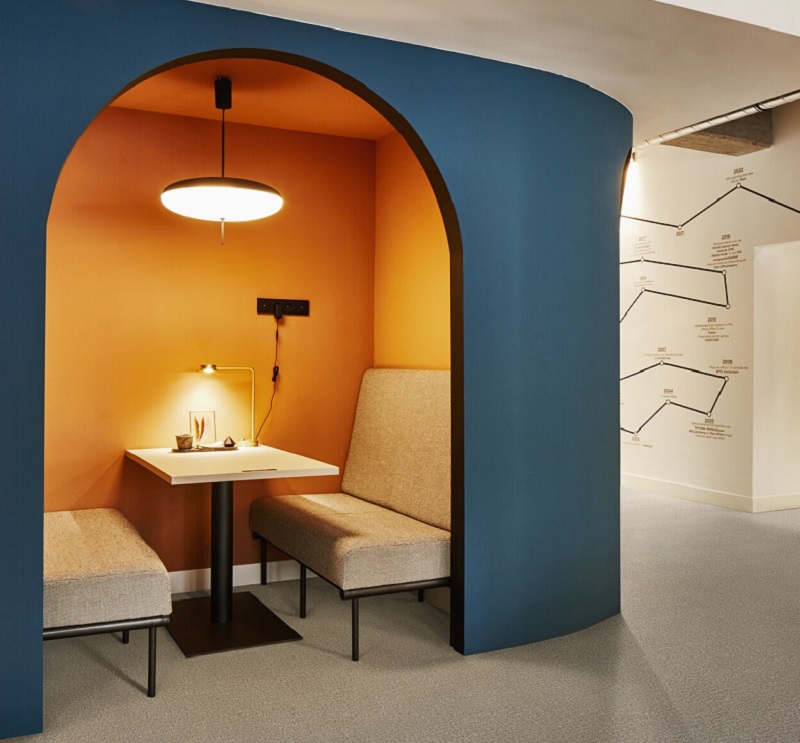 New guidance is helping designers to create more-supportive environments for people with neurological conditions, such as dementia and autism

Building designers and public planners have long been responsible for ensuring that the built environment is accessible to people with physical disabilities.

But, until now, the needs of neurodivergent people and people with sensory and information-processing differences have not received the same level of attention.

Neurodivergence includes people with autism, ADHD, dementia, and a range of other sensory and/or information-processing differences.

The release comes as it is estimated that around one in seven people in the UK are neurodivergent in some form.

The guidance from BSI contained within the new standard, PAS 6463, applies to buildings and external spaces for public and commercial use, as well as residential accommodation for independent or supported living.

A significant number of people find elements of the built environment uncomfortable, distressing, or a barrier to their use.

For example, when interacting with the built environment, neurodivergent and neurodegenerative people can frequently experience ‘sensory overload’, overstimulation of the body’s senses leading to a feeling of being overwhelmed.

And the increased demand on an individual of the associated cognitive load can lead to increased anxiety, fatigue, and, in some cases, poor mental health.

PAS 6463, Design for the mind – Neurodiversity and the built environment – Guide aims to assist building designers in mitigating and eliminating these negative impacts.

Scott Steedman, director general of standards at BSI, said: “Everyone deserves to experience the built environment in a way that supports their general wellbeing and generates better health outcomes.

“The new guidance within PAS 6463 fills a gap in design practice by addressing the needs of people whose minds process information and experiences differently, extending the benefit of inclusive design to a new and important community.

“With PAS 6463, designers can now benefit from guidance on lighting, décor, acoustics, and layout to support neurodiverse users of buildings and infrastructure.”

Making environments work for all

Jean Hewitt, a senior member of the inclusive design team at Buro Happold, and technical author of the PAS, added: “In addition to designing places to accommodate our diversity in form, size, and physical ability, there is also a profound need to design for neurological difference.

“Since my first involvement in this area in 2009, I have hoped for some progress for the many neurodivergent colleagues, friends, and family whose lives are unnecessarily blighted by places that don’t work for them.

“Some have a formal diagnosis, but many do not. There are also many neurotypical people more mildly, but regularly, affected by environments on a day-to-day basis, perhaps triggering unsteadiness, migraines, or experiencing extra daily stress through elements that are not intuitive or comfortable for them.

“My learning throughout the process of developing this PAS leads me to believe at least 30% of the population are negatively impacted by elements that could so easily be adjusted or eliminated during design, procurement, and management without any cost implications.

“This PAS is an opportunity to ask everyone involved in the built environment to carefully consider this normal neurological diversity of humans, rather than just meeting basic regulatory demands – places should be comfortable for everyone to visit and use without encountering emotional distress or difficulty.

“I’m very excited to have been involved in developing this guidance to help make this the case for many more people.”

The guidance has also been welcomed by leading healthcare product suppliers and manufacturers.

Karen Wilding, marketing communications manager at Forbo Flooring Systems, which was involved in the research, said: “At Forbo, we believe in creating better environments; spaces that have a positive impact on the planet and, most importantly, people, which is why we are proud to have supported the development of the new BSI standard, PAS 6463.

“Through our previous work and experience with the Dementia Services Development Centre (DSDC), we know the positive impact that informed design considerations, such as tonal contrasts, can have on the way people use, interact with, and respond to a space.

“As such, the launch of this new standard is an important and huge step forward for the industry and we look forward to seeing how designers use this guidance to create truly-inclusive and positive spaces.”