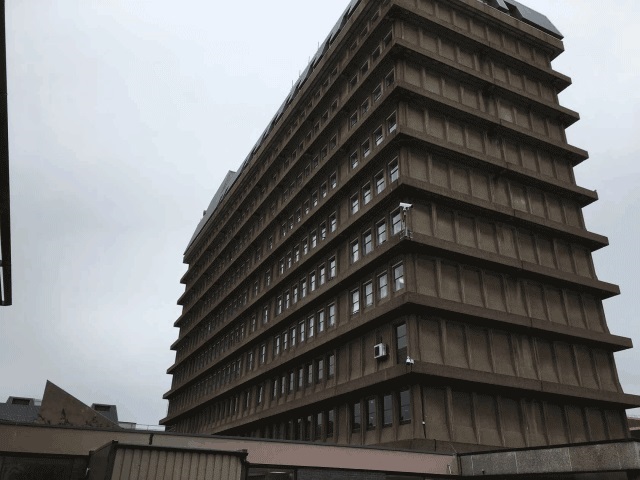 Vital Energi is implementing a range of low-carbon energy solutions at Gloucestershire Royal Hospital as part of an £11.2m contract which will reduce Gloucestershire Hospitals NHS Foundation Trust’s carbon footprint by approximately 1,400 tonnes a year and deliver financial savings.

As well as being the most-visible part of the hospital site, the 11-storey concrete Tower Block building, which was built in the 1970s, is one of the most-visible buildings in Gloucester, dominating the skyline.

Vital Energi is carrying out comprehensive upgrades to the external fabric and windows of all four sides of the Tower Block, from the ground floor up to the 11th floor, significantly reducing heat loss through the building fabric and glazing units, resulting in lower energy usage and reduced carbon emissions.

The upgrade works will also enhance the patient and staff experience through increased natural light, improved ventilation, and reductions in external noise levels, and the two-toned façade panelling will drastically improve the aesthetics of the building.

Under the programme of works, the existing windows will be replaced with modern, contemporary tripled-glazed windows and the heating systems will be improved, helping to optimise the temperature throughout the building.

The project also includes the installation of a 200kW air source heat pump, which will provide low carbon heat to the hospital, as well as upgrades to the heating and hot water controls systems which will further reduce energy usage and carbon emissions.

Development engineering mManager, Rolf Hudson, is playing a key role in the design and delivery of the project.

He said: “We’re really pleased to be working on our second round of Public Sector Decarbonisation Scheme (PSDS) projects with the trust, assisting its journey to net zero carbon by 2040 under a new long-term energy performance contract. 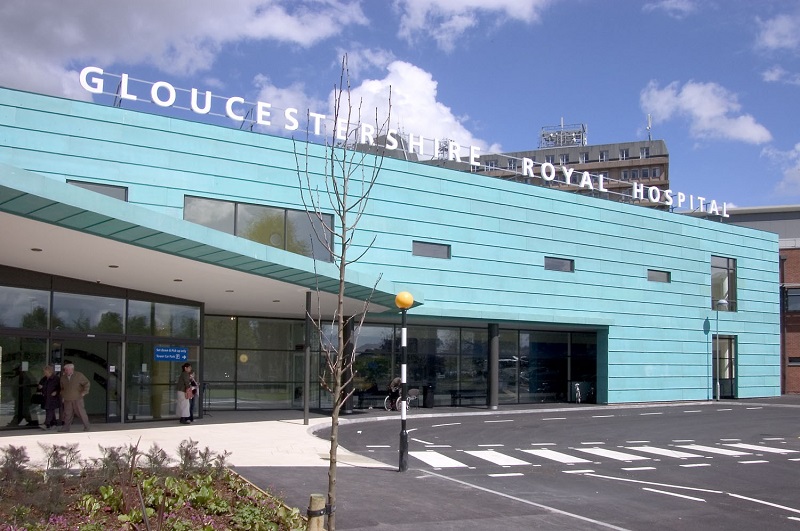 “We’ve designed an optimum solution which will significantly reduce the hospital’s carbon emissions and energy bills, as well as providing increased levels of staff and patient comfort.”

Deborah Lee, chief executive of the Trust, added: “This investment will not only provide significant environmental benefits, but will also enhance the aesthetic appearance of the Tower Block, bringing with it all those softer associations such as improved morale, staff recruitment and retention, and a better public perception of our hospitals.

“This investment comes on top of an existing capital programme of more than £100m which is enabling us to realise our vision for centres of excellence at our Cheltenham and Gloucester acute hospital sites.

“We want to provide the very-best care possible with patient outcomes as good as anywhere else in the country.”

And Jen Cleary, head of sustainability for Gloucestershire Managed Services (GMS), which helps to manage the hospital’s estate, said the green funding would help the hospitals to make significant inroads on its carbon emissions.

“We launched our Green Plan last year with the aim of making our NHS hospitals carbon neutral by 2040 in line with national policy,” she added.

“That’s a hugely-ambitious goal and this programme is a significant step in that journey.”

The project received grant funding from PSDS Phase 3a and will be delivered through the Carbon and Energy Fund Framework (CEF), which has been specifically created to fund complex energy infrastructure upgrades for public sector organisations.

The construction and engineering works are due to commence on site in March.