A tenometer that measures intraocular pressure; a system for calculating fluid resuscitation volume in burns patients; and a nasal balloon are among the new high-tech inventions that are the subject of newly-published Medtech Innovation Briefings.

The National Institution for Health and Care Excellence (NICE) has published five new documents, which aim to support NHS and social care commissioners and staff who are considering using new medical devices and other medical technologies or diagnostic technologies.

The information provided includes a description of the technology, how it’s used, and its potential role in the treatment pathway.

Whether or not to use the products described is entirely the choice of local staff.

However, the briefings help to avoid the need for organisations to produce similar information, saving staff time, effort and resources.

The latest Medtech Innovation Briefings to be published are:

NICE Medtech Innovation Briefings are commissioned by NHS England and produced in support of the NHS 5 Year Forward View, specifically as one of a number of steps that will accelerate innovation in new treatments and diagnostics. It’s hoped that this impartial information about innovative devices and diagnostics will help NHS and social care professionals, and buyers and commissioners of services and with their local decision-making. 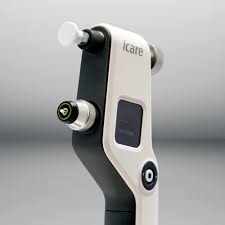