Glenigan Construction Review reveals poor end to 2022, but rich pipeline of project starts provides light at the end of the tunnel 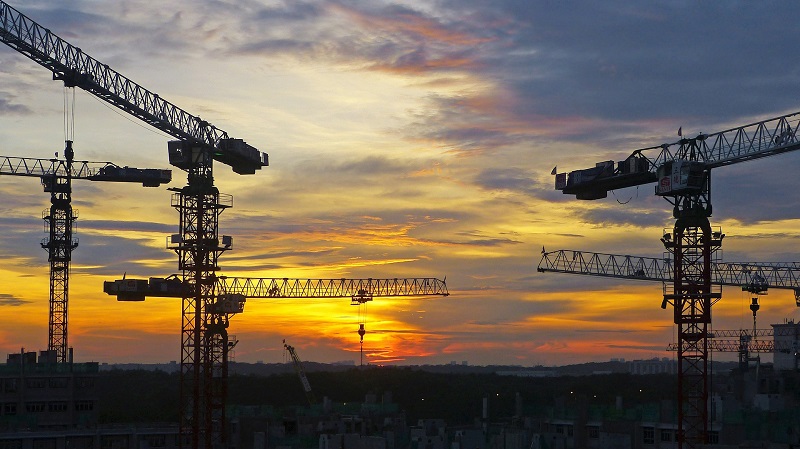 The healthcare construction market suffered a poor end to 2022, with main contract awards down 45% on the previous three months, and 9% lower than the previous year, but the report provides evidence of a revival in fortunes as we enter into the new year

The healthcare construction industry enters 2023 with a rich pipeline of projects due to start on site, despite a sharp decline in contract awards at the tail end of last year.

According to the Glenigan Construction Review, published at the end of 2022, in the three months to the end of November, detailed planning approvals, totalling £1,844m, increased 64% against the preceding three months to stand 85% up on the previous year.

Major project approvals, totalling £978m, also experienced a very-strong period, with the value increasing 146% compared with the preceding three months and up on a year ago when no major projects were granted detailed planning approval.

However, underlying approvals, at £866m, did not fare so well, experiencing a 16% decline compared with the preceding three months to stand 13% lower than the previous year.

Getting off the starting block

The figures are seen as evidence of a revival of fortunes after the report showed that underlying health work starting on site – worth less than £100m in value – during the three months to November, fell 37% against the preceding three months on a seasonally-adjusted (SA) basis – totalling £539m.

And no major projects worth £100m or more started on site during the period, remaining unchanged on the preceding three months, but down on the previous year.

Overall, health project starts decreased 35% against the previous three-month period and by 44% against 2021.

Totalling £777m, main contract awards were down 45% against the preceding three-month period and 9% against a year ago.

Major projects main contract awards totalled £126m, an 82% decrease against the preceding three months, but stood 20% up against 2021 levels.

Unsurprisingly, hospitals accounted for the greatest proportion (41%) of health work starting on site during the three months to November, despite the value falling 56% against 2021 levels to total £221m.

Nursing homes project starts performed poorly during the same period, falling by 11% against the previous year to total £170m, accounting for 32% of starts.

Dental, health, and veterinary centre project starts, accounting for 10% of the sector, also performed poorly, having declined by 2% compared with 2021 levels to total £53m.

Planning approvals totalled £1.84billion, showing a light at the end of the tunnel for the sector moving into 2023

Geographically, most regions experienced declines in work starting on site, but the South East bucked the trend, where value increased 7% on the previous year to total £176m.

And the region was the most active for section starts, accounting for one third of the total value and was boosted by the £58m development of a new emergency department in Portsmouth.

The Department of Health remained the top client, with a total of 224 projects worth over £1.56bn; followed by the Welsh Government, with five projects worth a combined £626m; and Prime (UK), with three projects collectively valued at £68m.

The report states that continued increases in material prices and heightened economic uncertainty arising from the ‘mini budget’ in September are to blame for impacting confidence and stalling projects moving to site.