The podium will provide vehicular and pedestrian access to short-stay drop-off points and disabled parking close to the north-side main entrances.

Originally in the long-term site plan, delays to the project have allowed the development of the imposing entrance to be brought forward.

The podium will provide easier access for patients, and minimise potential traffic congestion on routes around the hospital campus.

Steve Warburton, trust chief executive, said: “We have an opportunity to reassess the build programme and reconfigure aspects of the construction to better suit current and future patient needs.

“Clatterbridge Cancer Centre is now open and there has been significant progress on the development of the Knowledge Quarter, bringing increased footfall and traffic to the area, so it made sense to bring forward the planned development of the podium, ahead of the opening of the new hospital. 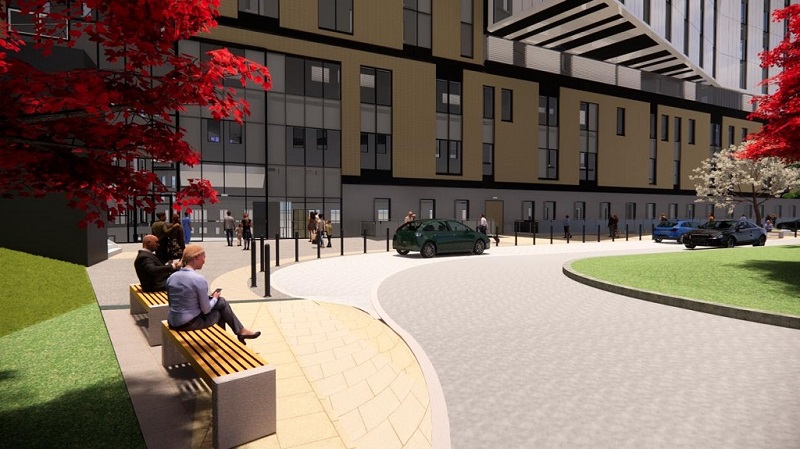 The hospital development project has been hit by delays following the collapse of previous contractor, Carillion, in 2018

“As part of this process we have been working closely with all stakeholders and a planning application will be submitted to create a podium entrance accessed off Prescot Street and via Mount Vernon Street to facilitate airport-style drop-off and pick-up points.

“The podium will be submitted for planning to Liverpool City Council this month and, subject to approval, construction will commence in January and is expected to completed by the summer.”

The hospital is part of the Government’s commitment to delivering 48 hospitals by 2030, the biggest hospital building programme in a generation.

The architects for the scheme are NBBJ and HKS Architects, while Avison Young is acting as planning consultant.

Laing O’Rourke took over as the main contractor following the Carillion collapse in 2018, which delayed the delivery of the new hospital for several years.

It is now expected it will be completed late next year. 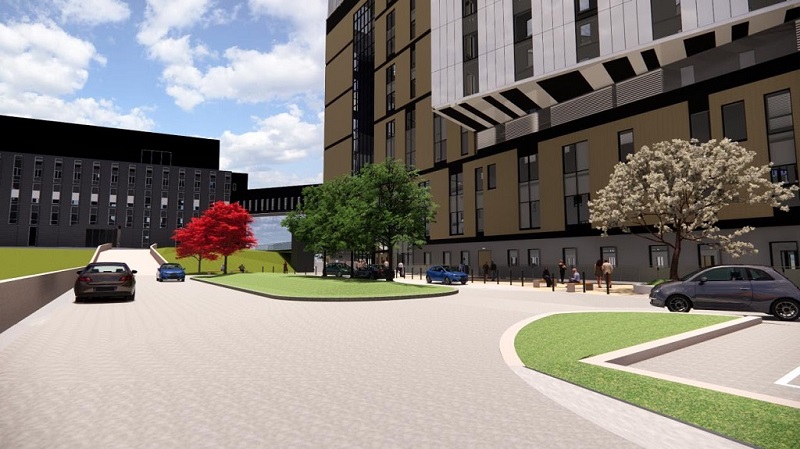 Delays to the project have enabled the development of the entrance scheme to be brought forward, with work expected to start on the podium entrance early next year