BIOTRONIK, a leading manufacturer of cardiovascular medical technology that specialises in heart failure therapy, has announced the first implantations of the Sentus ProMRI lead.

BIOTRONIK's bipolar cardiac resynchronization therapy (CRT) lead is the first MR conditional lead with a 4F diameter-approximately 1.6mm. An ultra-thin lead, it enables access to particularly-challenging vessels and offers expanded pacing options. In addition to these important therapeutic benefits, the Sentus leads are unique in that they allow patients to undergo MRI scans.

As heart failure patients are often in poor general health and over the age of 65, it is particularly important they have MRI access. Furthermore, patients at this age frequently suffer from comorbidities that may require an MRI scan such as stroke, brain tumours and arthritis. This increasing demand leads to an estimated 50% to 75% probability that patients will be indicated for an MRI over the lifetime of their device.

"With BIOTRONIK Home Monitoring, I can continuously monitor a therapy's effectiveness and react quickly if the patient's condition changes or deteriorates," added Christof Kolb of the German Heart Centre in Munich.

"This is particularly important for heart failure patients, as their status can change quickly and often."

Heart failure is a complex disease characterised by the progressive weakening of the cardiac muscle. Approximately 1-2% of the adult population in developed countries has heart failure. Among those aged 70 and older, the prevalence rises to about 10%. The disease is associated with a dyssynchronous contraction pattern of the heart ventricles, which can be treated with CRT. Clinical studies have shown CRT's effectiveness in reducing the risk of heart failure events and rehospitalisation. The IN-TIME study demonstrated a reduction in all-cause mortality in heart failure patients with BIOTRONIK Home Monitoring. 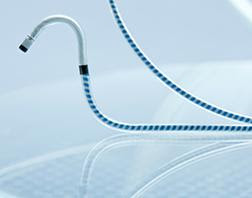