Managing director, Johnny Dryburgh, moves to the role of chief executive of the Apollo Group. He will also continue to head up Apollo’s major PPP joint venture, hub West Scotland. This £300m development programme of integrated accommodation schemes for the NHS and the wider public sector in Greater Glasgow, includes a £65m investment in health and care centres.

Rob James, Apollo’s operations director, has been appointed as managing director of Apollo Capital Projects Development, a market leader in NHS third-party development. Working with GP and NHS partners, James, who joined Apollo as procurement director in 2007 following a career in major technical consultancies, will be responsible for the Group’s UK third-party development schemes and consultancy business. Since joining, he has played a key role in Apollo delivering more than £65m of healthcare accommodation schemes across the UK. 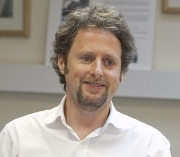 Johnny Dryburgh moves to the role of chief executive

Company accountant, Jo Goddard, has been appointed finance director. She has a strong financial background in both the third sector and commercial property investment businesses.

“Rob and Jo have made a significant contribution to the growth and success of the business and these appointments recognise this. I look forward to working with them and to building upon this success to date,” said Dryburgh.