Fresh guidance has been issued amid claims healthcare workers are re-using disposable medical devices in a bid to cut costs.

The Medicines and Healthcare products Regulatory Agency (MHRA) has recently updated the publication Single-use Medical Devices: Implications and Consequences of Reuse , which was first drawn up in 2006.

It spells out the dangers to public health, and the legal implications, of ignoring manufacturer’s instructions relating to single-use instruments.

The new guidance states: “The reprocessing and re-use of single-use medical devices is a longstanding practice, although the MHRA advises against this. Users often justify the processing of such devices on the basis of economic and environment benefits.”

But it adds: “These perceived benefits are questionable as many of the processes required to ensure the device is safe and fit for its intended purpose cannot be undertaken by the reprocessor. Many single-use devices are also re-used without adequate evaluation of the increased risks to patients.” 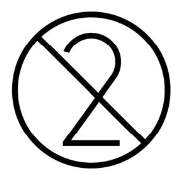 The document states that any device designated by the manufacturer as ‘single-use’ should only be used on an individual patient during a single procedure and then discarded. It should not be reprocessed and used again, even on the same patient.

It warns that, if a device was to be re-used, a trust or individual healthcare workers could be open to legal action. It states: “Anyone who re-uses a device intended by the manufacturer for use on a single occasion bears full responsibility for its safety and effectiveness. Anyone who reprocesses a single-use device and passes it to a separate legal entity for use has the same legal obligations under the Medical Device Regulations 2002 as the original manufacturer.”

As well as breaching the Medical Device Regulations 2002 , re-using devices also contravenes the Health and Safety at Work Act 1974 , the Consumer Protection Act 1987 , the General Product Safety Regulations 2005 , and the Department of Health’s own Standards for Better Health .

“To re-use a single-use device without considering the consequences could expose patients and staff to risks which outweigh the perceived benefits of using the device,” the document says.

The reprocessing and re-use of single-use medical devices is a longstanding practice, although the MHRA advises against this. Users often justify the processing of such devices on the basis of economic and environment benefits

Problems for patients include a risk of cross-contamination. For example, in one reported case, a single-use bladder pressure transducer cover was not changed between patients, resulting in cross infection due to Pseudomonas aeruginosa . One patient developed septicaemia and died as a result of a sub-arachnoid haemorrhage.

Reprocessing of instruments and equipment not meant to be sterilised or decontaminated can also lead to mechanical failure. In another case outlined in the report, a lithotripter stone retrieval basket, which was intended as a single-use device, had been reprocessed. During a later procedure the cable was tightened and snapped, resulting in the basket being left inside the patient. Further surgery was required to retrieve it.

The guidance states: “Some devices may experience stress during each cycle of re-use, leading to fatigue-induced failure and fracturing.”

Residues from chemical decontamination agents can also cause problems or corrosion of parts, it adds.

The MHRA is now urging trusts and individual surgeons to check for the widely-used manufacturers’ symbol used by industry to denote instruments that are single-use.

The guidance states: “The symbol is used on medical packaging indicating ‘do not re-use’ and may replace any wording.”