With over 100 entries, this years’ MyPorter Awards has seen it grow vastly from last year 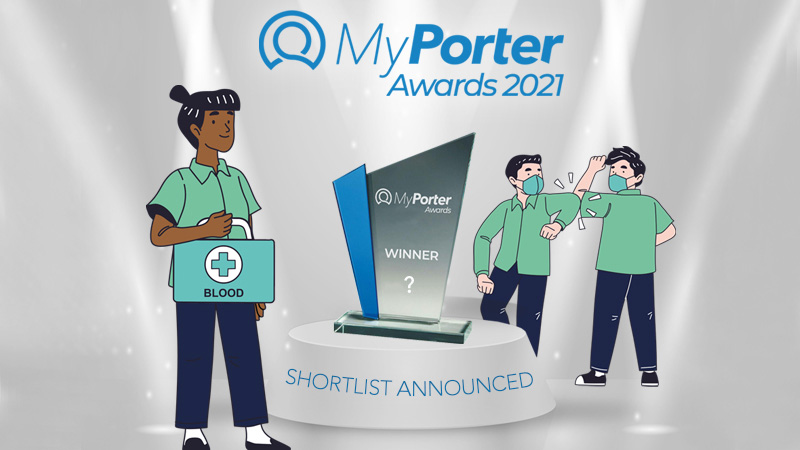 The shortlist for the MyPorter Awards has been announced, featuring a list of 4 candidates for each of the six award categories, after a judging panel met on 18 January to discuss each nomination, its merits and reasons why they should be shortlisted to win.

With over 100 entries, this years’ MyPorter Awards has seen it grow vastly from its humble beginnings last year, which saw the single category of awarding the MyPorter Award 2020, which was later won by Claire Blackhall – Chargehand Porter at Wansbeck General Hospital.

A live awards ceremony taking place in London, where Claire herself will be there to hand out one of the awards, will see six awards presented to their worthy winners, along with a 3-course meal, and will start the day with a live portering conference. The MyPorter Awards Portering Conference will see guest speakers talking all things portering best practice, team work and wellbeing, with talks from portering peers, mental health experts and from NHSI’s Emma Brookes, Head of Soft FM Strategy and Operation and Philip Shelley, Senior Operational & Policy Manager Soft FM, both of whom were part of the judging panel for the awards, alongside GV Healthcare’s CEO Matt Wright and GV Healthcare (and former Porter Manager at HUTH NHS Trust) Business Development Manager Mark Edwards.

The shortlist for the six categories are as follows:

Newcomer of The Year Award – shortlist:

Leadership of The Year Award – shortlist:

Congratulations to all those who have been shortlisted – Good Luck in the MyPorter Awards live final.

More information on the MyPorter Awards can be found at: myporterlogistics.com/myporter-awards