The latest deployment and solutions news from the healthcare IT sector

NHS Luton is implementing MedeAnalytics clinical commissioning solution, improving information sharing between the primary care trust and local GPs. Simon Carey, head of IT at the trust, said that prior to investing in the solution, there were difficulties gathering and analysing data spread across various silos and then transforming this data into trend analysis to support future commissioning decisions. He added: “Clinical commissioning groups need to have greater visibility of data in order to track activity and performance across the PCT against pre-determined budgets. Without this information and insight we had an almost impossible challenge in effectively monitoring and managing the local commissioning process.”

The trust chose the MedeAnalytics solution after a successful deployment at Bexley NHS Care Trust. Carey said: “We can now load historical data and look at how that will inform the commissioning intentions going forward. By intelligently using the analytical insight, we are continuing to improve the delivery of consistent patient care at the right time, in the right place, and critically, given our limited budget to do so, at the right cost.” 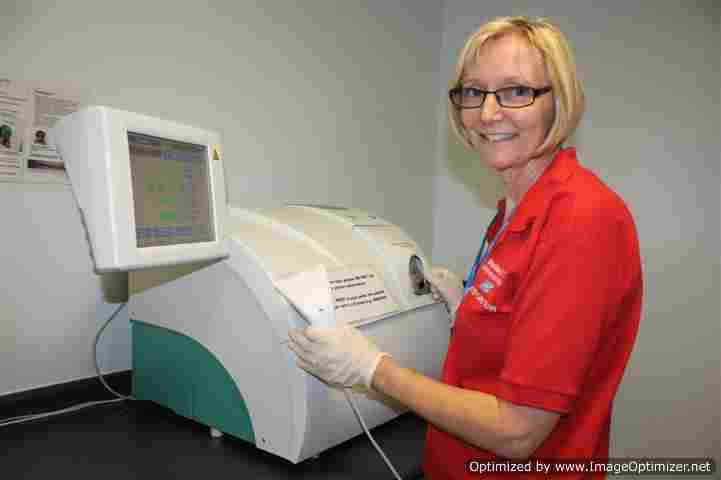 BASILDON University Hospital has introduced a new software system to enhance patient safety during potentially life-saving diagnostic tests. Roche cobas IT 1000 is linked to the Patient Administration Service (PAS) in 10 clinical areas throughout the hospital and improves the quality of patient information, ensures accuracy of testing and provides immediate access for staff who need fast results when treating critically-ill patients. The pathology department has used the software to connect the trust’s 10 blood gas analysers, which are now managed centrally by the point of care (POC) testing team. As a result, the hospital can now report measurable improvements in the quality of POC data, patient safety and departmental cooperation.

POC testing manager, Bronwyn Moore, said: “With this new software, the patient’s unique hospital number is simply scanned via a barcode or entered into the machine manually and, provided the patient has been registered on PAS, the full patient demographic details matching that number appear on the screen automatically. It is very fast and easy. The connectivity that we now have with this development means we have a much more reliable system in place, with a valuable and necessary audit trail.”

PERSONAL details of around 240 expectant mothers have been lost following the theft of two diaries from a midwife’s car in Dorset. Poole Hospital NHS Foundation Trust said it has been unable to inform patients as it does not know whose details were in the diaries, other than the fact they were women who were all pregnant between September 2009 and December 2010. Martin Smits, director of nursing and patient services at the trust, said: “The issue we have had is in trying to identify people that would have been involved. We don\'t keep a record of which midwife has visited which women centrally. The midwives only use their diaries for this purpose. We didn\'t want to alarm people unnecessarily and we certainly didn\'t want to contact 6,200 people in this particular case.”

CHILDREN and families across Birmingham are to reap the benefits of a new computer system with the potential to revolutionise the delivery and recording of routine child health. The technology replaces outdated software that the Birmingham Community Healthcare NHS Trust’s child health team has used for more than two decades, recording details of the 28,000 children born in the city each year. Just weeks after implementation, the trust forged a ground-breaking agreement with Birmingham City Council to share information about the school that every one of the 160,000 pupils across the city attends, helping the administration of school nurse visits and reducing the risk of a child becoming lost in the system.

Project manager, Jim Hebberts, said: “About 25 years ago, when computers were in their infancy, the complexity of scheduling so many routine appointments made child healthcare an early candidate for exploiting technology. Because of that, the team was fortunate to have computerisation before many other services. However, the disadvantage over time was that, as early adopters, they were eventually left with an ageing, outdated system.” Child health information system manager, Kevin Haddock, added: “The agreement we’ve made with the city council is just one example of the many benefits we anticipate. It means less time spent finding out which school a child is attending and a much more robust mechanism to keep track of a child who has moved. This system will help us rise to the challenge of delivering a service of substantial complexity across a large urban area of great variety with four maternity hospitals and an ever-changing, diverse population.” 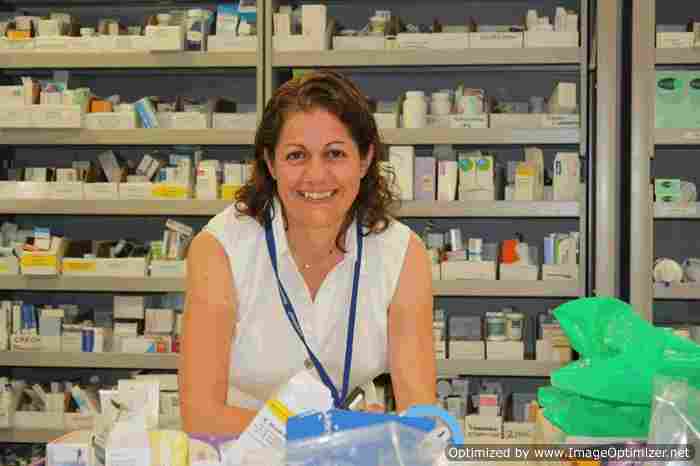 PHARMACISTS at Basildon University Hospital are to pilot a new scheme that will reduce the amount of time they spend chasing up patients’ crucial drug histories from individual GPs. Staff will use the hospital’s summary care record system to obtain potentially life-saving medication information on all patients admitted from this month. The pilot will determine how much time is saved by the department in getting medication histories and ensure that patients receive the appropriate treatment promptly. Helen McClay, lead pharmacist, said: “Pharmacists check the medication history for the majority of patients admitted to this hospital. On average it takes 41 minutes per patient during working hours to obtain the required information from GPs. But pharmacy staff are unable to obtain this information out of hours as GP surgeries are closed.”

A first for the East Midlands

THE Chesterfield Royal Hospital is taking steps to keep patients safe by rolling out electronic prescribing. The trust is the only NHS organisation in the East Midlands to introduce the solution on such a large scale. Head of medicines management, Martin Shepherd, said: “It is widely recognised that electronic prescribing systems improve the legibility of prescriptions and remove the possibility of prescriptions being misplaced or lost.” The system was first introduced onto Barnes ward as a trial, but is now live on all surgical, orthopaedic and medical wards, as well as in theatres. Shepherd said: “The system is the first to be used in the hospital that is accessible via mobile wireless technology. The use of ‘carts’ has provided an opportunity for a number of other clinical systems, such as electronic lab results and the picture archive and communication system, to be made available to clinical staff at the patient bedside.”

BIRMINGHAM and Solihull Mental Health NHS Foundation Trust is introducing electronic communication devices to capture patient feedback across its services. Kiosks, hand-held devices and plasma screens now greet visitors, with all feedback immediately collated for use in improving services. A trust spokesman said: “The equipment we use to will be computer tablets in three different screen sizes, and free-standing reception kiosks. The plasma screens will be used to highlight our improvements, offer local news and note any changes to services provided.” The devices will be deployed in six areas of the hospital as part of a pilot project, with questions available in a variety of languages.

Healthcare IT supplier, AeroScout, has announced that it has acquired Sentient Health, which provides hospitals with software and services for optimising inventory management of consumable medical supplies.