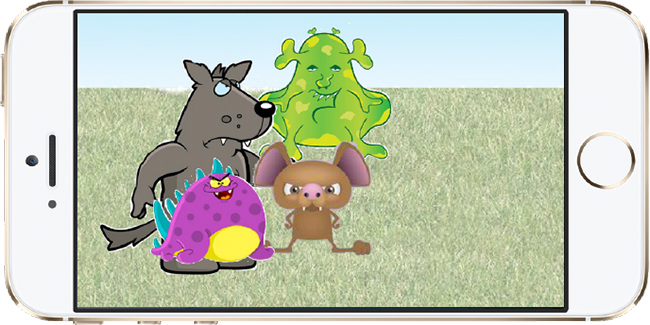 A new app which rewards children with asthma for using inhalers correctly by blowing away cartoon baddies could help them overcome their fear of the breathing devices.

Eye doctor, Tariq Aslam, designed the ‘Rafi-tone’ app when his son Rafi struggled to use a spacer for his own breathing problems.

The app monitors breathing patterns to activate a series of interactive games which reward children for good inhaler use by letting them blow out on-screen fires and banish cartoon foes – like the ‘bad wolf’.

A proof of principle study, published in Pulmonary Therapy Journal, shows the app could help children learn how to use inhalers correctly and reduce anxiety about face masks and spacers.

Conducted at the Royal Manchester Children’s Hospital (RMCH) in collaboration with The University of Manchester; the study tested the app on 14 children aged between 2-7 who had been admitted with acute wheeze.

The parent of a five-year-old who took part in the trial, said: “He doesn’t normally take inhalers, but came in last night and required frequent inhalers. 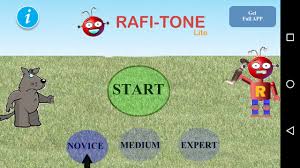 “He was having hourly inhalers and seemed unsettled and frightened at taking the medication.

“The Rafi-tone app helped ease his concerns and acted as a distraction while breathing in the medication.”

Asthma is the most-common chronic childhood disease and children may also suffer with wheeze from other causes such as viral infections.

Metere- dose inhalers used with spacer devices are invaluable to allow children to gain the benefit of inhaled treatments in an effective way that can be used anywhere, but evidence shows that rates of correct prescribed use are often low.

Taking treatment this way can be time-consuming and young children can find using a spacer and tight-fitting facemask a frightening experience.

Professor Aslam, a consultant ophthalmologist at Central Manchester University Hospitals NHS Foundation Trust (CMFT) and senior clinical lecturer in ophthalmology at The University of Manchester, said his son’s own experiences of refusing to use a spacer caused real worry for him and his wife.

“Every time Rafi had to use a spacer there were lots of tears – and real desperation for us as parents to see him in such a state.

“But the first time I showed him the app it was a different story. He was totally silent and applied his mask to breathe in and out properly.

“That was at 2am after a really difficult night. Before he rolled over and went to sleep he said: ‘that was really good daddy, can we do it again in the morning?’ That’s when I decided I had to take this further. ”

“It will be fantastic if the app can help other kids to use their inhalers effectively in a really fun and engaging way.”

Patients can get access to the Rafi-tone app now if they are prescribed a paediatric Able spacer with whistle mask by their GP.

The app is University of Manchester spin-out company, Clin-E-Cal’s, first product. The mask and spacer are made by Clement Clarke, a company with a long history of producing respiratory devices.

The research was supported by grants from CMFT and the RMCH Charity.

Professor Aslam, who learned programming languages to develop the app – initially referred to as the RAFIhaler – which also stands for the Respiratory Aid For Inhaler - was supported by the University of Manchester’s technology transfer office UMIP to develop the product to the point it could be delivered to patients.

With the advice and help of Dr Clare Murray, consultant respiratory paediatrician at RMCH and senior lecturer at University of Manchester, they developed the initial clinical trials. which were carried out at RMCH.

The team now hopes to conduct further research to assess how such technology could help children over the longer term, with the ultimate aim of assessing the potential benefits of games to improve breathing technique using spacers and reducing acute need through better adherence and disease control.